Skip to main content
The state-based physics feature is currently in Beta.

Luna Replay captures user input during the time of recording, in order to replay the same sequence of events at a later time.

Many games rely heavily on specific physics behaviour during gameplay (i.e. how a character moves, how two objects interact), so therefore the ability to replay this behaviour precisely is extremely important. Imagine two objects colliding with slightly different rotations; from that moment on, the gameplay could differ meaning that any recorded input will gradually diverge from what is happening in the scene.

This issue typically arises due to the nature of Unity's game engine; PhysX has limited determinism, especially when changing platforms i.e. recording on iOS, replaying on Linux on Luna Playground.

The positions of Rididbodies are saved during a capture, and used to overwrite the positions frame-by-frame during a replay. 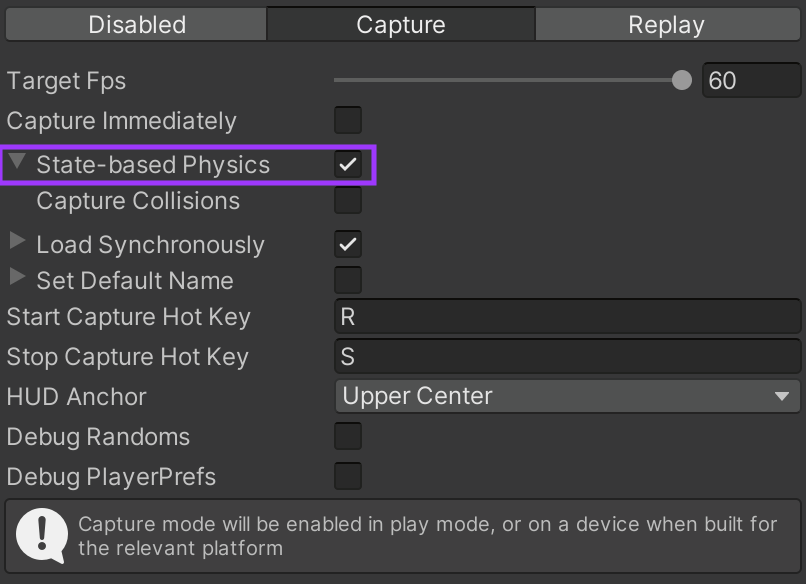 If you notice differences in physics between your captures and replays, then it is recommended that you try this feature.

However, please note, physics differences may be the result of different issues with the project, such as randoms.