It is recommended that you localise your playable ad experiences to match your audience. This can increase engagement and therefore performance.

In order to ensure you are using the correct language in your playable, there are two possible approaches.

In order to do this, you must ensure that your Unity scene and therefore playable ad contain the correct fonts and alphabets according to the language you wish to use.

There are two options for doing this.

Supporting one language per version#

You may use the LunaPlaygroundAsset Attribute to change your playable font (.ttf) via the Luna Playground interface.

This allows you to reduce the overall size of the playable, as only one font will be included in any given version. 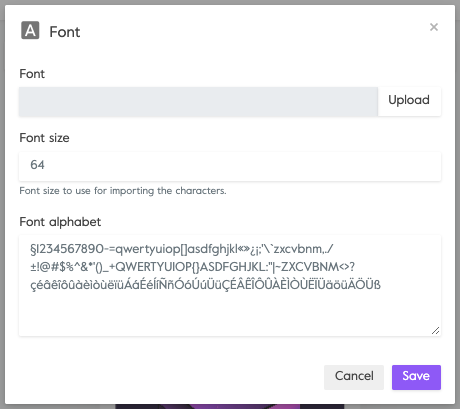 The default alphabet is English, including additional characters. The default font size is 64 (this is related to the glyph size of the font atlas, not the text size).

Including multiple fonts in your Unity Project#

If you would like to manage your fonts and localisation in Unity, then you can include multiple fonts in the project and implement logic to switch between them as needed.

Please note that including multiple fonts can increase the final size of the playable.

You will need to make sure that your font propagates through all Text components in your game. 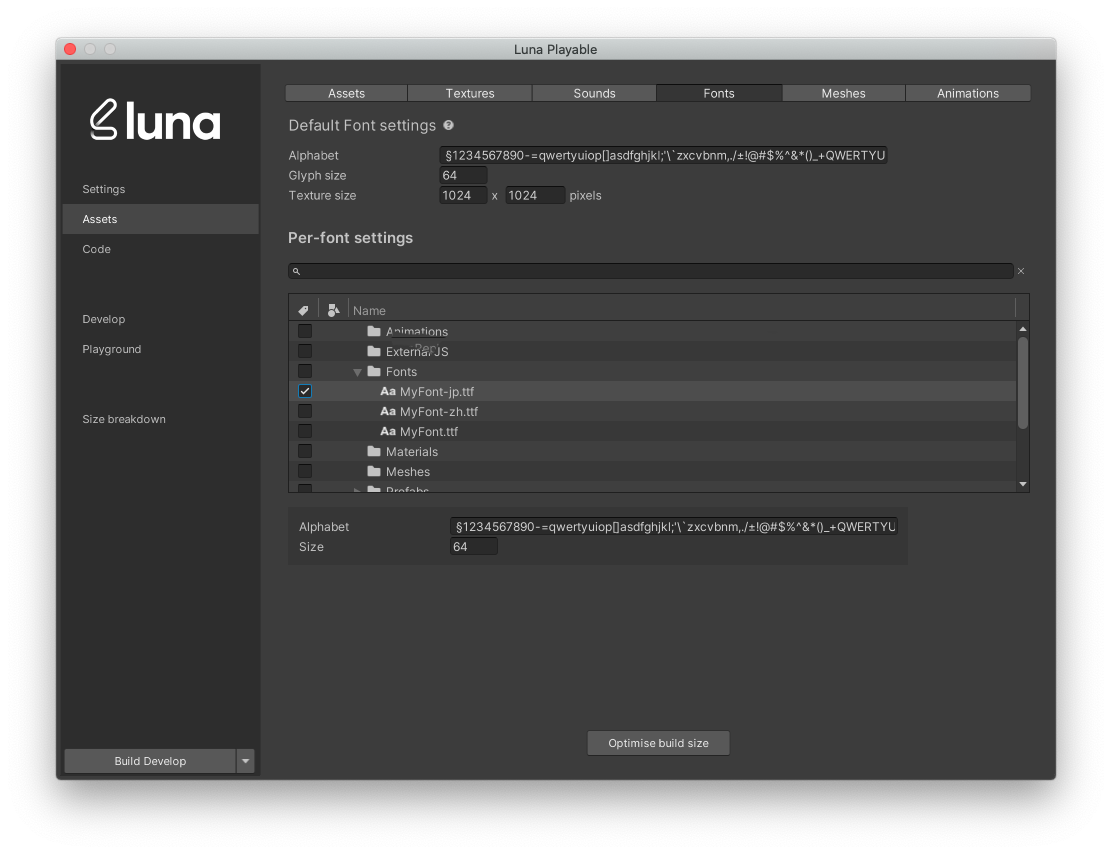 As textures will be created from these characters, it is recommended that you only include the letters/symbols which will be used in the playable.

In order to make use of this API you will need to make use of the GetPreferredLanguage() API, which returns a string language code (e.g. "en-GB" for UK English) based on the device settings. Once you have read this value, you can use a Scriptable Object (SO) to manage the strings which are used for each text item in your playable.

Note: This API works in Luna, not in Unity. To avoid errors in Unity be sure to preprocess the line where you are using it.

Language code casing can differ depending upon the device being used. To avoid problems with this convert the string code to lower case.

You can use a simple switch statement to determine the language..

Once you know the language of the device where your playable is running, you can use this to load the correct content into your text objects.

We also have an example project on our Luna Community Github showcasing the previously described method of implementing localisation using this API.